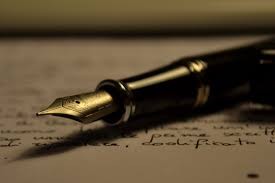 I went to the bank late last week to get some papers witnessed and notarized.  It's something that's been on my to-do list for several months.  These were important legal documents, including an updated Will, a Durable Power of Attorney, a Living Will, and a Healthcare Power of Attorney.

Documents that I've been telling anyone who will listen to make sure they have, and make sure they're current.  So why did it take so long to get mine updated?  Because I'm no different than anyone else.

According to my friend Jan, that activity falls under the category of Important and Not Urgent (from The 7 Habits of Highly Effective People.)  Which basically means that we know that it's important, but think that we have plenty of time to take care of it.  Not only that, dealing with those things means thinking about some pretty unpleasant situations, that nobody really wants to confront.

The problem with that way of thinking is that by the time it does become urgent, we may not have time to get it done. Before his stroke, Dad and I had occasional discussions about his final wishes.  After the stroke, those discussions got serious.  He went to an attorney who helped him set up a Trust, updated the old POA, and created a Living Will and Healthcare POA.  We were lucky that there was an "after" option, because not everyone does.

The moral of the story?  If you haven't already taken the time to get your affairs in order, consider moving that activity to the Important/Urgent quadrant of your priority list!

Hey in case you're wondering, I'm just a guy who had to deal with a lack of planning on a personal level.  If you have questions about what type of estate planning will be best for you, talk to your attorney and accountant.

By accepting you will be accessing a service provided by a third-party external to https://vorvault.com/